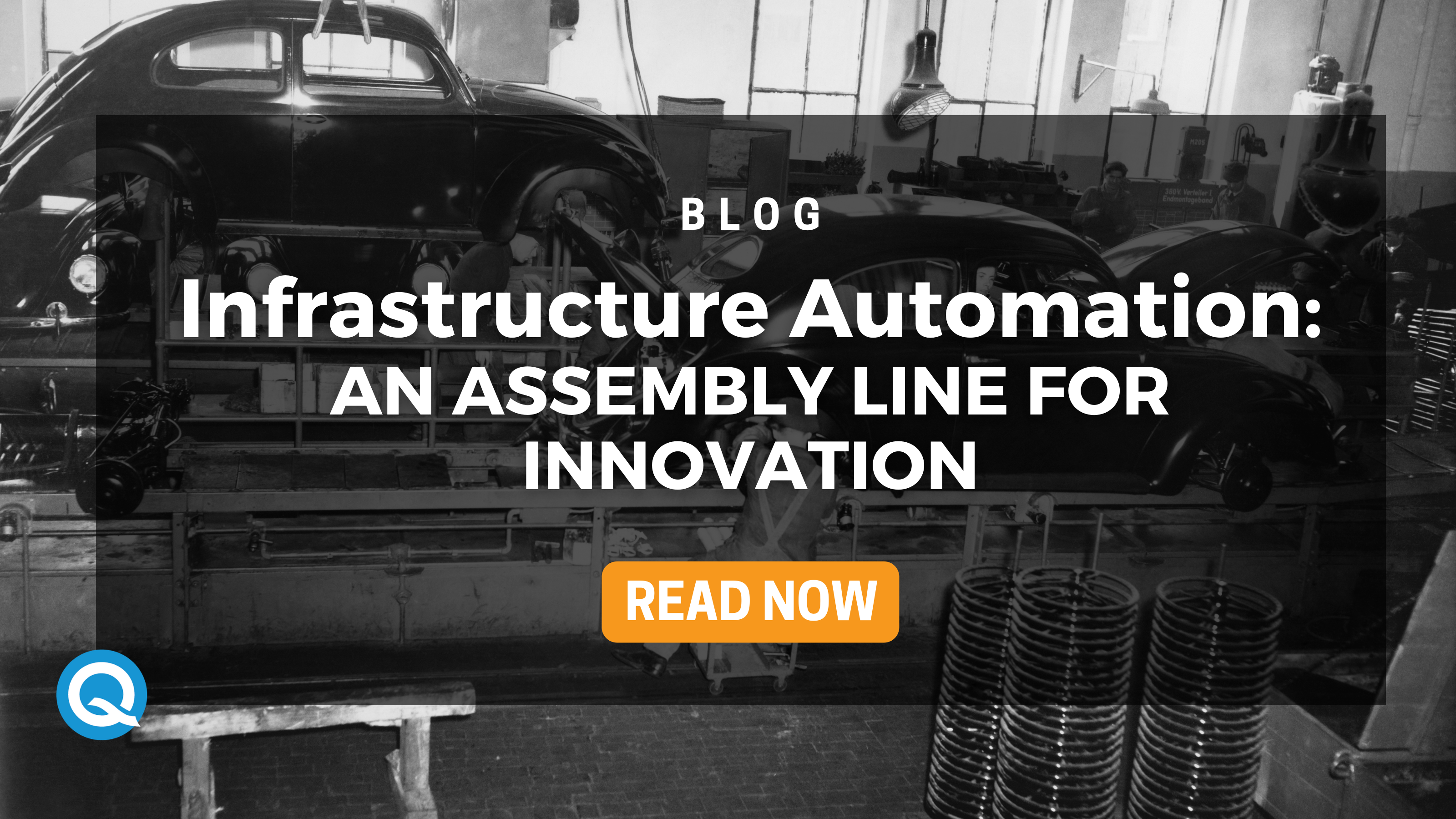 In 1913, a revolution in automation changed the way we think about and approach all forms of production. In his search to lower costs and increase production of the Model T, Henry Ford was forced to improve the efficiency of his manufacturing processes. Ford’s assembly line made the automobile both affordable and widely available to people all over America—the “great multitude”, as it were. This same method is now being applied to nearly every sector—including technology—for the same reasons.

Scalable infrastructure automation is driving the evolution of software development. DevOps and IT teams in every industry are turning to infrastructure automation tools to provide entire teams with the self-service ability to access the environments they need on demand, without sacrificing governance. Those using Infrastructure Automation solutions, like CloudShell Colony, to automate the provisioning and decommissioning of cloud environments have a significant advantage over their competitors in gaining efficiency, accelerating quality release times, and lowering operating costs.

Here’s why automating infrastructure for software development, testing, and production is no longer a luxury, but an absolute necessity.

All the business benefits of automating infrastructure flow from increased efficiency. Though Ford’s efforts to make his manufacturing operation more efficient were low tech and somewhat crude at first, his crowning contribution to automating manufacturing was the assembly line. Eventually mechanized, the assembly line moved at a blazing six feet per minute, allowing him to reduce production time for an automobile from 12 hours to roughly an hour-and-a-half.

Infrastructure automation tools operate much like Ford’s assembly line (you’ll have to bear with me, here). Think of it as speeding production, or in the context of the software development lifecycle, speeding the time to production—and planning, and development, and testing, and so on. Just like an automobile requires multiple components such as an alternator, distributor, transmission, and catalytic converter, sandbox environments require multiple components like applications, plugins, data, and whatever your specific environment needs.

In the same way that Ford developed automated processes for installing automotive components, environments can now be automated. CloudShell Colony allows IT teams to build blueprints with the appropriate configuration(s) to match the complexity of the infrastructure and application environment needs. Similar to an assembly line, these blueprints allow developers, testers, even non-coders to provision complex environments in just minutes compared to hours or days using manual processes.

The provisioning of environments often is constrained because too few have the expertise to build and deliver environments at scale for development, testing, staging, and so on. Automation in this context allows IT teams to securely configure multiple environment blueprints and make them available to appropriate team members utilizing role-based access control to manage security and compliance.

DevOps team members can then spin up the environment they need when they need it through self-service access without waiting weeks or even longer to have the IT team provision them. This reduces the temptation for developers to attempt to build out their own environments and can eliminate infrastructure sprawl and shadow IT. This is truly where comparison to an assembly line is most applicable.

Quali’s CloudShell Colony addresses the concerns of IT Ops teams about reduced visibility and management of infrastructure due to self-service. There are built-in guardrails for the self-service provisioning of environments to ensure that end-users only have access to the environments they should be using. Additionally, Role-based access controls (RBAC) allow IT teams to dictate which environments DevOps teams have access to, so they can manage access and utilization.

Being able to increase the efficiency and availability of cloud environments directly impacts the bottom line. In the same way that Ford was able to significantly reduce the cost of the Model T by automating its production, infrastructure automation helps businesses realize value by saving time. By automating the process of provisioning environments and allowing self-service access, you can increase productivity within your organization. For example, automating a day-long task down to just a few minutes frees that employee to perform other work, providing greater value to the company.

Additionally, CloudShell includes features to monitor and control the consumption of cloud resources. Not only can the provisioning of DevOps environments be automated, but when the environment is no longer needed, or time expires, the environment is automatically decommissioned. This will minimize the unnecessary consumption of costly cloud resources due to a lack of visibility or governance. This is equivalent to shutting down the assembly line when everyone leaves for the day. If cloud-based environments continue to consume resources after the task is complete, your automation ROI goes right out the window. Automatic tagging of environments provides additional visibility for IT teams to track cloud resource consumption back to specific projects and business units, allowing them analyze areas where they can gain further efficiencies and cost savings.

While Henry Ford took his much of his inspiration for the assembly line from “continuous flow” methods used in many food processing plants of the day, he added value by automating it to increase production and lower costs. These days, there are very few processes the world hasn’t figured out how to automate. So, if your organization hasn’t made the move to automate your infrastructure, you could be saving time, money, and countless headaches.

To see how Infrastructure Automation can be used in your organization, request a demo of CloudShell Colony.