In the Software world, Developer communities have been the de facto standard since the rise of the Open Source movement. Once started as a counter-culture alternative to the commercial dominance of Microsoft, open source spread rapidly way beyond its initial roots. Nowadays, very few questions the motivations to offer an open source option as a valid go to market strategy. Many software vendors have been using this approach in the last few years to acquire customers through the freemium model and eventually generate significant business (Redhat among others).  From a marketing standpoint, a community is as a great vehicle to increase brand visibility and reach to the end users. 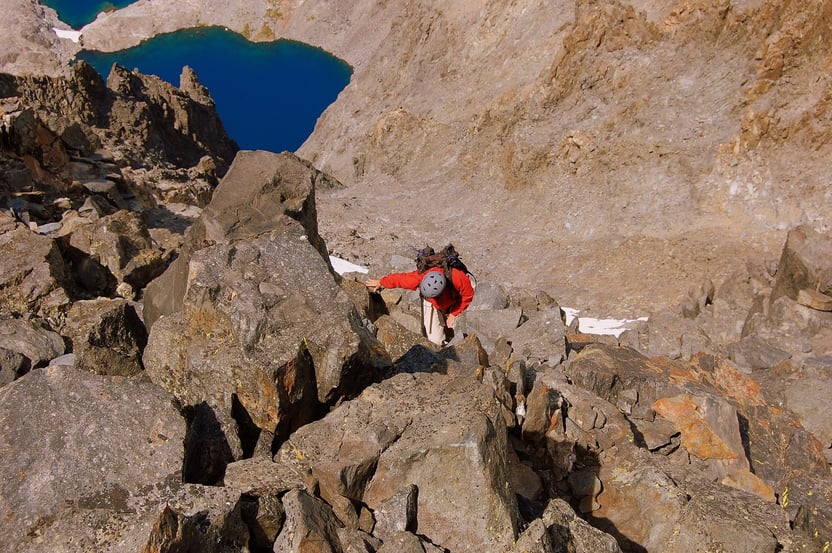 If in theory, it all sounds great and fun, our journey from concept to reality was long and arduous.

It all starts with a cultural change. While it now seems straight-forward for most software engineers (just like smartphones and ubiquitous wifi are to millennials), changing the mindset from a culture of privacy and secret to one of openness is significant, especially for more mature companies. With roots in the conservative air force, this shift did not happen overnight at Quali.  In fact, it took us about 3 years to get all the pieces off the ground and get the whole company aligned behind this new paradigm. Eventually, what started as a bottom-up, developer-driven initiative, bubbled up to the top and became both a business opportunity and a way to establish a competitive edge.

A startup like Quali can only put so many resources behind the development of custom integrations. As an orchestration solution depending on a stream of up to date content, the team was unable to keep up with the constant stream of customer demand. The only way to scale was to open up our platform to external contributors and standardize through an open source model (TOSCA). Additionally, automation development was shifting to Python-based scripting, away from proprietary, visual-based languages. Picking up on that trend early on, we added a new class of objects (called "Shells") to our product that supported Python natively and became the building blocks of all our content.

Putting together the building blocks 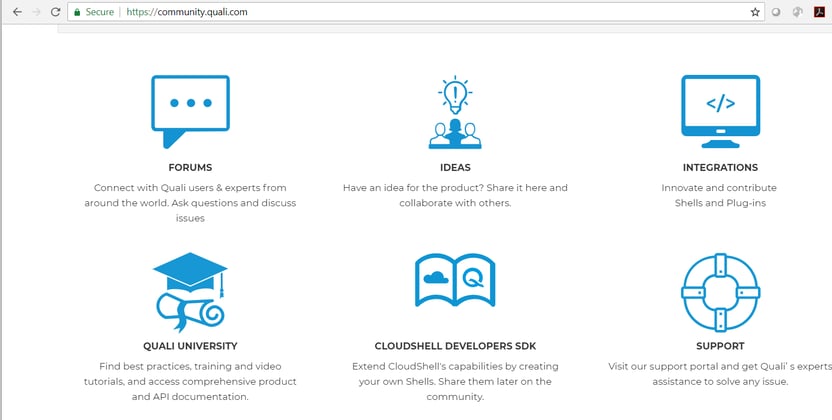 We started exploring existing examples of communities that we could leverage. There is thankfully no shortage of successful software communities in the Cloud and DevOps domain: AWS, Ansible, Puppet, Chef, Docker to name a few. What came across pretty clearly: a developer community isn't just a marketplace where users can download the latest plugins to our platform. Even if it all started with that requirement, we soon realized this would not be nearly enough.

What we really needed was to build a comprehensive "one-stop shopping" experience: a technical forum, training, documentation,  an idea box, and an SDK that would help developers create and publish new integrations. We had bits and pieces of these components mostly available to internal authorized users, and this was an opportunity to open this knowledge to improve access and searchability. This also allowed us to consolidate disjointed experiences and provide a consistent look and feel for all these services. Finally, it was a chance to revisit some existing processes that were not working effectively for us, like our product enhancement requests.

Once we had agreed on the various functions we expected our portal to host,  it was time to select the right platform(s). While there was no vendor covering 100% of our needs, we ended up picking AnswerHub for most of the components such as Knowledge Base Forum, idea box and integrations, and using a more specialized backend for our Quali University training platform. For code repository, GitHub, already the ubiquitous standard with developers, was a no-brainer.

We also worked on making the community content easier to consume for your target developer audience. That included a command line utility that would make it simple to create new integration, "ShellFoundry". Who said developing Automation has to be a complicated and tedious process? With a few commands, this CLI tool can get you started in a few minutes. Behind the scene? a bunch of Tosca based templates covering the 90% of the needs while the developer can customize the remaining 10% to build the desired automation workflow. It also involved product enhancements to make sure this newly developed content would be easily uploaded and managed by our platform. 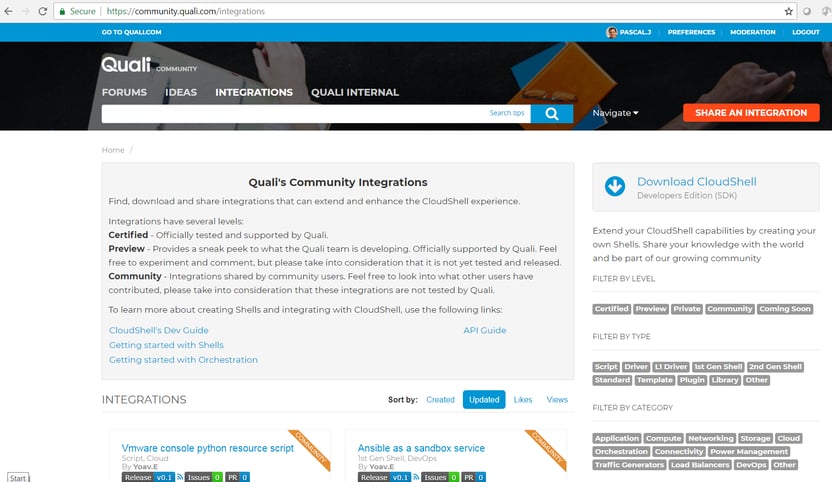 Once we got all the pieces in place, it was now time to grow the community beyond the early adopters. It started with educating our sales engineers and customer success with the new capabilities, then communicating it to our existing customer base. they embraced the new experience eagerly, since searching and asking for technical information was so much faster. They also now had visibility through our idea box of all current enhancement requests and could endorse other customer's suggestions to bring up the priority of a given idea. 586 ideas have been submitted so far, all nurtured diligently by our product team.

The first signs of success with our community integrations came when we got technology partners signed up to develop their own integration with our product, using our SDK and publishing these as publicly downloadable content. We now have 49 community plugins and growing. This is an on-going effort raising interesting questions such as vetting the quality of a content submitted through external contributors and the support process behind it.

It's clear we've come a long way over the last 3 years. Where do we go from there? To motivate new participants, our platform offers a badge program that highlights the most active contributors in any given area. For example, you can get the "Bright Idea" badge, if you submitted an idea voted up 5 times. We also created a Champion program to reward active participants in different categories (community builder, rocket scientist...). We invite our customers to nominate their top contributors and once a quarter we select and reward winners who are also featured in an article with a nice spotlight.

What's next? Check out Quali's community, and start contributing!