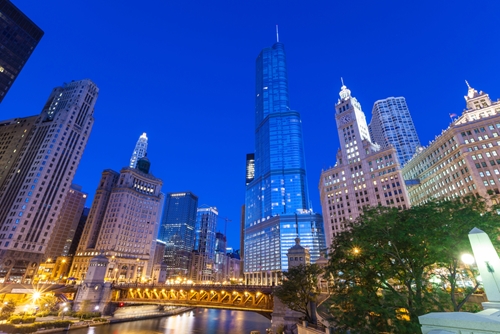 The ongoing emergence of the Internet of Things is creating a natural incentive for carriers and their equipment suppliers to further explore SDN, NFV and cloud orchestration, as well as implement network DevOps to guide this transition. With billions of new connections in play (Gartner has estimated that "smart cities" are already using 1.1 billion connected things in 2015), their networks will need to be increasingly responsive to fluctuating demand, not to mention capable of accurate billing across a huge variety of devices and user populations.

Why network flexibility and business agility are central to the Internet of Things
Although typical sensors within the IoT - e.g., ones embedded within vehicles, assembly lines or home appliances - won't generate that much data on their own, their sheer numbers and the ways that they can potentially interact with each other following certain events will put service provider networks to the test. For example, imagine the impact of a local traffic jam on data usage within nearby connected cars. "Smart" transportation infrastructure could also end up tapping the network for new instructions on assisting with detours, etc.

"You won't be able to manage billions of devices generating trickles of data that aggregate into a tsunami of data unless you have elasticity and flexibility in the network," explained Heavy Reading senior analyst Steve Bell, according to Light Reading.

Ultimately, what carriers expect from SDN and NFV on the connected things front in particular is not all that different from their expectations around network virtualization in general. There is still the fundamental need to evolve their networks to support fresh revenue streams, so that they can better compete with hyperscale organizations and others in offering a broader set of IP-based services. Traditional business models are under pressure, and agility is needed in moving to new ones.

Signs of the SDN-NFV-IoT intersection
That is a daunting string of acronyms, but SDN, NFV and the IoT are becoming more closely related. As the biggest opportunity (in terms of number of new connections, at least) for network expansion ever, the IoT has understandably been central to the wave of SDN and NFV solutions that many equipment suppliers are now targeting at carriers. Just in the last few weeks there have been several developments that have underscored the link between IoT preparedness and fuller utilization of SDN and NFV:

The role of DevOps in realizing the potential of the Internet of Things
SDN and NFV are excellent mechanisms for reshaping the network to handle the challenges of the IoT. But there are still lingering technical and cultural challenges in moving from one business model to another, which call for the pursuit of DevOps to remove any organizational silos that could get in the way.

Carriers on the verge of SDN and NFV face the prospect of succumbing to Conway's Law, the "law" that stipulates that the actual design of an organization's systems will mirror its internal communications structure. For many firms, this is bad news, since their departments are still siloed and unable to collaborate on the rapid development, testing and deployment of new services - i.e., the bread and butter of being agile and making the most of SDN and NFV.

"SDN and NFV are excellent mechanisms for reshaping the network for the IoT."

Moreover, with an agile application lifecycle and IT infrastructure automation in place, there are potentially endless permutations in devtest, as well as tremendous rate of change in terms of API updates and activity from dynamic cloud services. DevOps provides a solution to both the communications issues and technical challenges that carriers face as they virtualize more of their devtest infrastructure.

Virtual labs and infrastructure-as-a-service clouds are being implemented to support DevOps and agile processes. A platform like QualiSystems CloudShell can provide the self-service automation for both SDN/NFV and legacy networks during the years-long transition from old to new infrastructure capable of fully supporting IoT use cases.

The takeaway: There is growing incentive to leverage SDN and NFV for making networks suitable for the IoT. Many equipment suppliers are working on solutions in this space, while DevOps is becoming more important as the essential grease for setting the network evolution gears in motion.